Woody and June are back!

Help me get Volume 2 of this fun post-apocalyptic romp through Arizona out into the world. I am launching Volume 2 right now over on Kickstarter right now! Get it before time runs out.

Back Woody and June Now!

Ten Years of Shuffled Off: A Ghosts Memoir

Shuffled Off was my first novel. Every novel, every story, feels like something of a miracle, but that goes double (or triple, or quadruple or…) so for Shuffled Off.

There are plenty of reasons for this:

So, it’s been ten years today since Shuffled Off was released (11/11/2011). This seems like a moment to stop and reflect and be grateful.

I’m still writing. I’ve written over ten novels and over one hundred short stories. I’ve been a finalist in the Writers of the Future Contest and my short stories are in numerous magazines and anthologies at this point. I still love the process (well, most of the process) so the magic of Shuffled Off has carried me a long way since I stumbled into writing it.

Here’s the back story:

This novel started in 2009 rather innocently. It didn’t announce itself as a novel, I just had something big going on and I had found that writing was often a great way to processes personal things. And this was an unusual and very personal thing.

In the summer of 2009, a friend and a former business partner was murdered.  It was a scandalous thing and it made major news outlets. At the time, I was writing short stories having gotten back into writing less than a year earlier. I was totally dedicated to writing just short stories, learning the craft, and building up my confidence before embarking on something as intimidating as novel writing.

But I was really having trouble dealing with what happened to my friend, so I sat down, and I wrote this passage (it’s been edited a bit, but this is pretty much it):

When someone dies, the world doesn’t stop. It seems like it should, but it doesn’t. Sure if it’s a famous person, or a grisly murder, there is a period of piranha-like activity on the part of media. But that’s not stopping, that is just business as usual in the land of the twenty-four hour news cycle. Even then it settles down quickly and everyone gets back to their shaky, unsure life.

It would be useful if it did stop. You know, take a moment, get your bearings, and deal with the practical and emotional details that engulf a death. But no, no stopping, no break, you just gotta continue your drunkard’s walk down the path of life.

I had been writing enough to recognize that this wasn’t my voice, but a character, and then I typed the following and I was sunk.

When I died, the world didn’t stop, not a bit. I wasn’t expecting it to, but it would’ve been nice, you know?

The death effect is kind of like throwing a stone into a pond: a famous person is like a rock—it stirs things up; an everyman, like me, is more like a tiny pebble—it effects the immediate surrounding but has no discernable effect on the whole. In the end neither one really changes things much; the world doesn’t stop. Life goes on.

This was personal, I was grieving someone’s death, but it wasn’t me telling the story, it was a character taking his own journey of grief, trying to come to terms with his own violent death and I got to follow along and work through my own grief.

(To be clear, there is nothing in the book that relates to my friend’s death. It was just the themes and feelings of his death that catalyzed the book and all the other books and stories in this series).

So, in 2009 I wrote the above and had to keep writing. This was still the days when I thought you should have an outline to write anything, but I wasn’t finding myself doing that much. I just kept writing the story and was fine when it was a short story. But then it was novelette, and I was uncomfortable, and then a novella and I was kind of freaking out, and then it reached novel length and…

Oddly (or maybe not so oddly) this still happens to me. I’m okay with writing novels at this point and sometimes I actually know when I’m writing a novel, but my focus is still the same, writing the story and letting the length of what I am writing be dictated by the needs of the story.

There are some lessons here and if you are a writer or want to be a writer, these might be useful. Or if you are creating any kind of art, these might help. While I’m not a famous writer, I am a consistent, and productive one, and creating these stories are a big part of what keeps me sane and fulfilled. So here we go.

To put myself and my own insecurities on display, let me give you a relevant example of me not doing great with the above. While I have six novel-length works in the world of Shuffled Off, I’ve only written two from the point of view of JJ Lynch (the character that was coming through in that passage up above), even though I’ve had ideas for two or three more novels from JJ’s point of view since I wrote Shuffled Off.

Why? Well, besides having fun and perusing a lot of story ideas, the miracle of those first few books really intimidated me. I wasn’t trusting the process. I wasn’t getting out of the way. I wasn’t having fun. And I was worrying about perfection.

I don’t have any kind of timeline, but I’m back listening to JJ in the mornings and continuing his story. At first I was worried that I’ve changed as a writer since then so I wouldn’t be able to capture JJ, but as it turns out JJ has changed too so it wasn’t actually something to worry about and all I needed to do was trust the process.

It feels good to be hanging out with JJ again and appropriate for this anniversary. He’s still doing crazy things and getting into trouble. He’s still surprising me which is so amazing when it happens.

I wanted to do more to mark this occasion, but other factors got in the way (including two other novels in two other series I am trying to complete). This reflection is part of what I can do to mark this anniversary and one more thing. I am giving away an electronic copy of Shuffled Off to all my newsletter subscribers and encouraging them to gift it to someone if they already have a copy.

If you are already subscribed to my newsletter, the email is in your inbox or will hit it soon. If not and you would like a copy to read or give away, go sign up and I’ll get the ebook to you.

If you want to help me celebrate, share the book with someone or go over to Amazon and write a review (it can be just a few sentences). The book has 33 reviews right now, JJ and I would love to see that go up a bit.

And if you got this far you must be a fan (or a friend or family), so my thanks to you for checking out some of my writing and sharing this strange and wonderful journey with me.  In these crazy times I’ve come to know more and more how import stories are to our sanity, so I hope you have something good to read where you can escape and learn and grow. 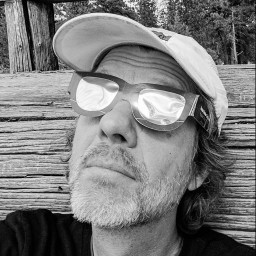